The Importance of DHA in Early Brain Development 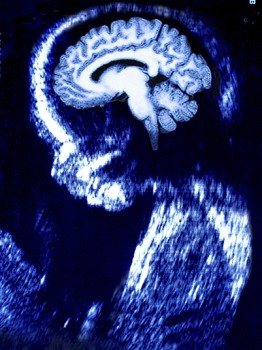 Studies have tested the efficiency of fish oil supplements to improve heart health, but scientists at the University of California have found that the fatty acids provided by these supplements are essential components for brain health. They have proven that deficiencies in DHA can limit fetal brain development. Their findings suggest that women should maintain a diet rich in fatty acids during pregnancy and provide newborns with them in the months after birth.

Scientists at the University of California Irvine discovered that deficiencies in polyunsaturated fatty acids can result in changes in the molecular structure of the developing brain. These changes limit the growth of neurons and the synapses between them that allow for transmission of information. The relevant fatty acids are the precursors to DHA, which plays an essential role in the development of the central nervous system. In the UC Irvine study, researchers used frogs and their tadpoles to test their theories. When the DHA-deficient mothers' diets were enhanced to include the necessary levels of DHA, the growth of neurons and synapses improved to normal development in the subsequent tadpole generation.

DHA is found in animal products such as meat, fish, and eggs. Oily fish are the richest sources of DHA, and these include herring, salmon, mackerel, trout, and sardines. It can also be found in nuts, seeds, whole grains, and dark leafy vegetables. Breast milk is also a natural source of DHA, and the fatty acid is often given to premature babies during their early months of life to help promote mental development. It is necessary for the proper development of the eyes and brain in a fetus as it comprises 10 to 15 percent of the total lipid content in the cerebral cortex.

In addition to receiving the nutrient from natural sources, DHA levels can be improved by supplementing one's diet with fish oil. Starting a fish oil supplement will offer omega-3s, including EPA and DHA needed for brain growth. This supplementation works toward providing the same benefits as one could expect from natural dietary intake. Anyone considering a fish oil supplement (especially expectant mothers) should consult their physician beforehand.

A Guide to Successful Toilet Training

Most children are ready to begin toilet training around thre ...
read more

A Parent’s Guide to Food Aversions & Weight in Children

If your child is not gaining weight normally, it can lead to ...
read more

If your baby seems fussy and is drawing up his legs in pain, ...
read more

ADHD More Likely to Be Missed in Minority Children

A new study reports that childhood obesity throughout the wo ...
read more

Blood Tests to Detect FASD Could Be Possible

A new study published in POLOS ONE shows that a certain bloo ...
read more

Can an App Improve Social Skills for Children with ASD?

Your child is likely to have more energy than you do, especi ...
read more