The brain is a very complex area of the body. Among the most severe injuries that you could suffer from is a brain aneurysm. While this health issue can be deadly, it's possible that the complications can be mitigated if you obtain surgery quickly.

What is a Brain Aneurysm?

A brain aneurysm is a type of bulge that can occur in one of the blood vessels in your brain. In most cases, the bulge will remain intact and dissipate over time. However, it's possible for the aneurysm to rupture, which will cause you to experience bleeding in the brain. A ruptured aneurysm requires immediate medical attention to avoid the more severe complications that can occur. The brain aneurysms that don't rupture shouldn't cause any notable symptoms.

Symptoms Associated with an Aneurysm

Since quick treatment is required for a ruptured aneurysm, it's important that you understand the symptoms that come with a ruptured aneurysm. The most common symptom involves a sudden and very severe headache. Some additional symptoms that you could experience when suffering from a ruptured aneurysm include nausea, vomiting, a stiff neck, drooping eyelids, confusion, a loss of consciousness, seizures, and blurred vision. There's also a possibility that the aneurysm could leak instead of rupture, which would still cause you to experience a sudden and severe headache. If you want a doctor to check an aneurysm that hasn't ruptured, the symptoms to look out for include dilated pupils, pain above a single eye, numbness on a side of your face, and changes in your vision.

Causes of an Aneurysm

It's not exactly known why an aneurysm occurs. However, there are some risk factors that can put you at a higher risk of developing an aneurysm, the primary of which include cigarette smoking, old age, drug abuse, heavy consumption of alcohol, and hypertension. Some risk factors may also be present at birth, which extend to a family history of brain aneurysms, certain connective tissue disorders like the Ehlers-Danlos syndrome, and polycystic kidney disease. 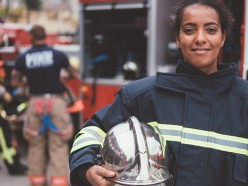 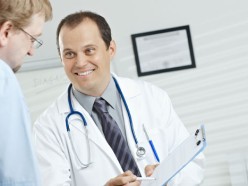 A new report, published by the National Academy of Medicine ...
read more