A new report published in Organizational Behavior and Human Decision Processes looks at how our brain processes goals. The findings? It can be easier to regularly achieve small goals than it is to maintain a current state.

The research for the study was led by marketing professors at INSEAD, IE Business School and Pamplin College of Business.

Getting to these results took six studies and a two-step process. The first step is determining how big of a gap needs to be bridged to reach a goal. If no gap needs to be bridged, the brain defaults to the second step, which is evaluating the goal in context—like thinking about how difficult it might be to maintain a goal over a long period of time. This kind of context assessment often triggers negativity; so, when evaluated by itself, a “maintaining” goal can actually seem more difficult.

In the studies, participants were split into groups that evaluated the difficulty of a specific goal type. The goals were evaluated separately. While the goal’s difficulty often correlated to the perceived size of the gap needing to be bridged, the goals that involved a small increment were rated as easier. Participants were asked to explain their ratings and noted potential obstacles as reasons for rating a maintaining goal as more difficult.

These results are in contrast to the popular belief that no change is easier to handle than any change, even if the change is small. The studies are instead indicating that the gap between a starting point and a goal isn’t the most important factor in goal difficulty—it’s whether or not your brain is looking for possible failures. 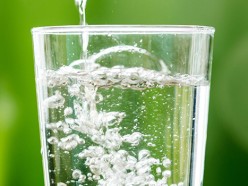 After weight loss surgery, your diet will require some chang ...
read more