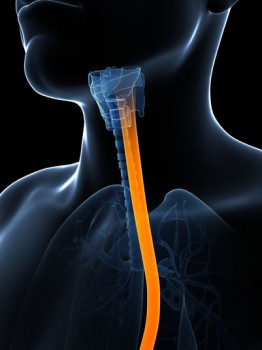 What is Esophageal Resection?

During esophageal resection, part or the entire esophagus is removed. The stomach is then pulled up and stitched to any remaining esophagus.

Non-Surgical or Other Surgical Alternatives to Esophageal Resection:

Esophageal resection is performed under general anesthesia, which means that the patient is asleep and completely unaware during the procedure.

The prognosis for a positive end result following esophageal resection is good for early stage cancer. The prognosis is not good if the cancer has spread beyond the esophagus, in which case the procedure will only improve symptoms.