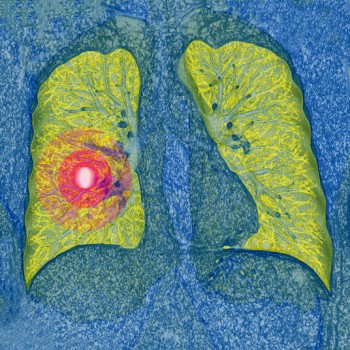 What is a Lung Biopsy?

During a lung biopsy, a small amount of lung tissue is removed so that it can be examined and tested in order to diagnose lung conditions. This can be performed in one of four ways: inserting a needle through the chest, inserting a bronchoscope through the nose or mouth, making a surgical incision between the ribs or using a thorascope (video assisted).

Conditions Treated with a Lung Biopsy:

A lung biopsy may be performed to diagnose conditions such as cancer, sarcoidosis and pulmonary fibrosis.

Non-Surgical or Other Surgical Alternatives to a Lung Biopsy:

There are no comparable non-surgical or surgical alternatives to a lung biopsy.

Anesthesia with a Lung Biopsy:

Potential Complications from a Lung Biopsy:

Possible risks following a lung biopsy include infection, bleeding and a negative reaction to the anesthesia that is used.